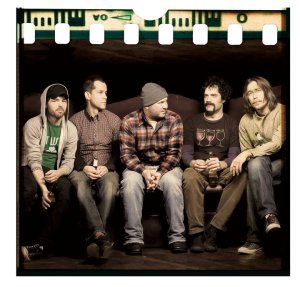 For a band that doesn’t necessarily consider itself a band, Samiam does a pretty good job of keeping its fans satisfied. Formed in Berkeley, Calif., in 1988, Samiam gained a noteworthy following in the 90s, a period of time which could definitely be considered its heyday.

Since then, the punk rock quintet has slowed its output and stopped being a full-time band, meaning that the members don’t regularly practice, play, write, or tour together. But that still hasn’t kept them from calling it quits; things are just a bit more drawn out, with breaks taken when they need to be.

How this has affected the fan base is evident in the solid turnout at shows, although it’s clear that many of the people interested in Samiam are longtime fans, or those not likely to get caught up in musical hype.

“Initially, of course, we were much more popular in America. And then we started getting more popular in Europe and the popularity kind of waned a little bit at the end of the 90s,” guitarist Sergie Loobkoff said. “But at this point now, now that we’ve had a very, like, un-career career for like, a solid 10 years…it’s sort of leveled off.”

However, this is natural, considering that both the makeup of the members and the musical stylings have changed over the years. For the first 10 years, Samiam consisted of Loobkoff, singer Jason Beebout, and
former guitarist James Brogan as the core members and songwriters. The past 10 years, however, Loobkoff said the band revolves more around himself and Beebout, along with guitarist and bassist Sean Kennerly, as the songwriters. Other current members include drummer Charlie Walker and bassist Billy Bouchard.

To date, the group has eight full-lengths, the most recent of which is 2011’s Trips. Although the band used to steadily release albums every handful of years, since the beginning of the 2000s, that frequency has slowed to approximately one album every five years.

“I can only speak for myself, but I get, like, really sick of the whole band thing, you know? Like just the last time when we made [2006’s Whatever’s Got You Down]…I fucking couldn’t stand [some of the other band members],” Loobkoff said. “The end result is I think we made a shitty record.”

Of course, that doesn’t mean there is any ill will in the band, but rather Loobkoff said that there are often songwriting disagreements when it comes to what is “good,” making the album-writing process a frustrating one that ended up not only in his being displeased with the album, but also with him not being certain he wanted to make a follow-up.

“I was super apprehensive to make [Trips]. And I’m really happy…because I think it turned out pretty well,” he said. “But like, I didn’t want to go get in another thing where we’re fighting all the time and making all these kind of compromises, and stuff. And so that’s why it took five years…[plus] the allure of sort of redeeming ourselves after our last record was kind of what sucked me in.”

But while there are pros and cons about each “era” of Samiam, ultimately, Loobkoff said it’s like comparing apples and oranges.

“I think that, like, creatively, there’s just two bands,” he said, noting that the era before 1994’s Clumsy was a period full of good ideas but no direction and terrible execution. “I think the thing about our band now that’s so good is that we’re smart enough to realize that the simple songs that we do is actually better music.”

And in spite of disagreements and drama, Loobkoff said the good far outweighs the bad, and that overall, he has no regrets.

“I think, like, hanging out with bros, and doing shit, and meeting people is the real main reason why I do it,” he said. “[And] if we broke up tomorrow, I would think that we broke up on a pretty good note.”

Samiam plays tonight at Bi Nuu in Berlin. The show begins at 20.00.