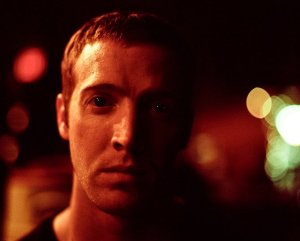 The meaning of the word active refers to something which is engaged and moving and consciously interacting. And for Pat Grossi, the man behind the Active Child moniker, being active is a two-way street. Not only is he putting music out into the world, but he’s relying on that music to garner a reaction that is reactive.

“Being out on the road and seeing people react to the music is pretty much one of the best things for me,” he said. “That’s kind of what it’s all about, just because I feel like I put a lot of myself into the music and so it feels good to have someone else, you know, put themselves back into it in a different way.”

Grossi’s debut full-length as Active Child, “You Are All I See,” was released on Vagrant Records in the latter half of last year. The album came on top of two EPs, released the year prior. And in the time that has passed since, he shared how the album become even more special to him than it was initially.

“It’s something that I was proud of when it first came out, but I’ve grown more fond of as the days have gone on,” Grossi said. “I think, if anything, it’s made me feel even more attached to it, after touring it and meeting people that have really connected with it.”

He explained how taking the songs on the road has been a revelation of its own sort, because it made him aware of just how many people are listening to and relating to his music. Additionally, in a very real sense, the release of the album is what allows him to perpetuate his dream of traveling and playing for different audiences every night.

Another kind of insight playing has provided is a varied way of approaching the music. And while he can’t go back and change what has been recorded, Grossi said he’s able to take that knowledge and apply it to the live songs, and to future recordings.

“[There are] moments that, you know, could have had a bigger build or had a different speed, a little bit faster, a little bit slower…there [are] always things you can change,” he said, referencing the recorded product. “I’m never really completely satisfied, and that’s, I think, that’s what makes me wanna…get home and start writing something new at this point. Even though I love the songs on the album, I’ve just been eagerly awaiting getting home so I can sit down and write some new music.”

Grossi, who played the Privatclub in Berlin last week, is currently on the last few dates of his European tour. After he’s done, he’ll have a break – his first in three months. This time at home – about six weeks – will allow him to decompress before he hits the road again, touring the United States and parts of Canada until June. The time off is something he said he particularly cherishes, because it’s when he’s able to focus on writing.

“I get pretty grumpy if I don’t have a chance to really sit down and make something new. So I think the toughest thing for me is just being out on the road for months and months and not really being able to create in the way that I want,” he explained. “I know some people who write on the road…but for me, I…have to be at home, at my house in Pasadena. And I usually like to kind of just be as isolated as possible.”

Grossi’s method is to wake relatively early each morning and set to work on the music straight away. His typical process involves beginning with a layer of harp or keyboard, which starts to conjure up rhythms and melodies. Once that foundation is there, Grossi then begins to add lyrics and elaborations on top of the music.

As to whether or not he struggles with songwriting, Grossi shared that it becomes apparent rather fast if a song is going to work out or not.

“Usually the things that you work on the most and slave over end up being, you know, the least exciting and the least interesting,” he said. “I think sometimes the best creative, you know, things, just kind of explode out of you.”

Once the songs are complete entities, Grossi said the next task is making them ready to be played. His current stage lineup includes himself and two other friends, and so the three will sit down together and determine how to translate a song to a live format. This is a process which he said is always undergoing change, with the sound naturally evolving from show to show.

“We kind of dissect the song into, you know, the drums and the synth parts and the vocals, whether or not there’s harp, or whatever is happening. And it’s something I think that, you know, takes a while,” he said. “You play shows, and every show you kind of get a little bit tighter and you have a better idea of how the parts should be played and what’s happening. And it’s definitely a process, [but]…I feel like we’re in a pretty good groove at this point.”

For an artist like Grossi, with only one album under his belt, the potential for what he can do next is still very undetermined. While he enjoys writing and playing music, he admitted there are other side routes he would like to simultaneously explore, such as writing film scores or collaborating with other artists.

“You know, I think there [are] a lot of different avenues you can go with it,” he said. “I don’t plan on getting a day job anytime soon.”