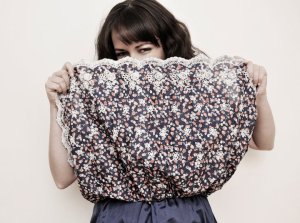 Although it’s somewhat rote for every musician to claim that his or her latest work is the best, that’s exactly what Rosi Golan is doing.

The singer-songwriter, whose most recent album, “Lead Balloon,” was released at the end of September, said she’s particularly proud of the collection of songs, as it both spans and documents the past three years of her life.

“I’m really proud of it. I think it’s the best work that I’ve done, and I’ve collaborated with a lot of really incredible people,” she said of the follow-up to her debut, “The Drifter & The Gypsy,” which came out at the end of 2008.

Golan also shared that the critical reaction has positively noted exactly what she is most concerned about with the album: the songs themselves.

“It feels like the songwriting’s gotten even better, and like, that, to me, is always the most important thing,” she said.

In fact, it’s during the past few years that Golan feels she has finally come into her own as a songwriter. Although she admitted to relying on her manager often as a sounding board, she said it’s normal for her to bounce musical ideas off of people who not only know her music well, but who she trusts.

“I’m an artist, I have my insecurities and I wonder if something sounds good or not, you know, but I think for the most part, like, when it feels right, it feels right,” she said. “I think we all doubt ourselves…if we didn’t, that would be a problem.”

But now it’s come to the point that Golan not only feels she finally has something worthwhile to bring to the musical table, but she has learned to rely on her gut feeling about songs, something which tends to not be wrong.

“Usually I know,” she said, referencing the feeling when a song is just right. “It’s like a click that just happens.”

And although she’s still riding high from the release of the new album, Golan admitted she already has plans for more music, one of which includes translating some of the songs from “Lead Balloon” into French, which is one of three languages she is fluent in (the other two being English and Hebrew).

Golan’s first European tour took place this fall, first on a leg with Joshua Radin and then with Wakey! Wakey! (during which the latter two played Berlin’s Privatclub on Oct. 29).

“We’re in a different country every day, which is awesome,” Golan said of the experience of touring through countries that are so close to one another. “[Also] I feel like people over here spread the word so much more than they do [in the United States]. But it also makes sense, ’cause here is so much smaller and it’s so much easier to connect the dots.”

And as far as touring is concerned, Golan said that when she looks back on the course of her career, it’s during those times on the road that she sees herself to have changed or grown the most, because they instilled her with the ability to be certain of herself.

“I feel a million times more comfortable on stage than I did in the beginning,” she said. “And with that, you know, comes more confidence.”