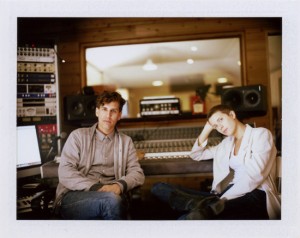 YACHT just does things a little bit differently. In the near-decade since its inception, the electropop group has constantly been at work, striving to set itself apart in ideology, methodology and musicology.

Now, with the recent release of the fifth YACHT album, “Shangri-La,” members Jona Bechtolt and Claire Evans feel they’ve finally arrived somewhere. Exactly where that somewhere is, is perhaps more abstract than tangible, but regardless the two feel as though wherever or whatever it is, it’s profound.

“It’s like the most current version of what we are,” Evans said, pointing to the new album as evidence of YACHT’s evolution.

The two insisted that how they got from Point A to Point B was mostly a combination of trial and error, with each successive moment taking them one step closer to realizing something new about themselves and ultimately changing their point of view.

“There was a deliberate choice to make something new,” Bechtolt said of their approach to “Shangri-La.” “[But] it was organic in a way that…it’s the same governing theory.”

This mindset applies not only to the songwriting process, but the actual growth of the songs themselves. In part, this is why YACHT prefers to tour before an album is released, testing out the songs on the audience.

“That’s something we’ve always done,” Bechtolt said. “We don’t feel that when a song is recorded that it’s…over.”

Instead, he said that when playing them to live audiences, these songs take on lives of their own. And although sometimes it results in the band becoming dissatisfied with the recorded versions of songs, part of the YACHT philosophy focuses on the necessity of that process in order to keep things interesting and remain inspired.

“That’s what art is all about,” Evans said. “You make something and you get a certain amount of satisfaction of creation.”

YACHT is speaking to the idea that things are always being yet always becoming. As artists, musicians and people, Bechtolt and Evans work to push up against conventional notions of what language and existence truly mean.

Yet more than anything, the two value the experience of traveling to different places and seeing firsthand how people are affected by the music. In fact, that personal connection is what justifies their work and makes it worthwhile.

And while all the hard work combined with an oft-unglamorous life on the road can make for an exhausting combination, both Bechtolt and Evans take care to keep things in perspective.

“There are a lot of things that are dismal about being an artist or being a traveling musician…there [are] many things that are difficult about our lives, but there’s nothing truly hard,” Evans said. “We’re both just so grateful…we don’t take it for granted at all.”

YACHT wraps up a European tour this week. The band will play Puschenfest on 04/08 at Festsaal Kreuzberg in Berlin. The Thursday night line-up includes Washed Out and Starslinger. The show begins at 21.00.